THE BEGINNING – A QUIET REUNION

One of the many weights that are stacked upon your shoulders after graduation, and generally ‘becoming a fully fledged adult’ in the working world, is the disparaging truth that keeping in touch with friends is incredibly challenging. More often than not, I have gone months or even years without speaking or seeing many of my childhood friends. Add that with the many miles between every one – from Vancouver to New York, LA and Singapore, London and Hong Kong – it was a miracle if I got any time at all to see them. On this occasion I was meeting two friends for a late lunch – I recommended somewhere nearby that I had wanted to try, but the place was always overflowing with people going there for after-work drinks and nibbles.

By 2PM the Fable was relatively empty, the remnants of the Friday lunch dash for the busy bankers in the Holborn area. The quiet atmosphere and the spacious and relaxing interior fuelled our excited reunion conversation. The added bonus of food was something to look forward to.

Both Lizzie and Cat were hungover and starving, hence the sharing platter as we awaited our mains – we all chose the same dish, well because why not? It sounded amazing. I’m not really one for deep fried foods not because it isn’t heavenly sinful (contradictory description, I know), but there is a tendency that during the frying process the oil is most likely not hot enough, and therefore the fried dish ends up becoming excessively oily and or soggy. The sharing platter, I can attest to, was none of that. The squid was tender and light, with enough simple seasoning that there wasn’t much requirement of the spicy sauce it was meant to be paired with. The same could be said for the prawn lollipops. I have to say that the baba ganoush was my favourite though. Perhaps it is my own affinity to garlic, and the lack of worry I have now that I might put my date off because of a pungent breath (Adam adores garlic and has the same fear – hence from my calculations, it all cancels out). It had such an amazing roasted umami flavour, with heat coming from the added garlic. I have very low expectations of sharing platters, as I find them to never have anything that excites my stomach. I have been pleasantly proven otherwise this time. 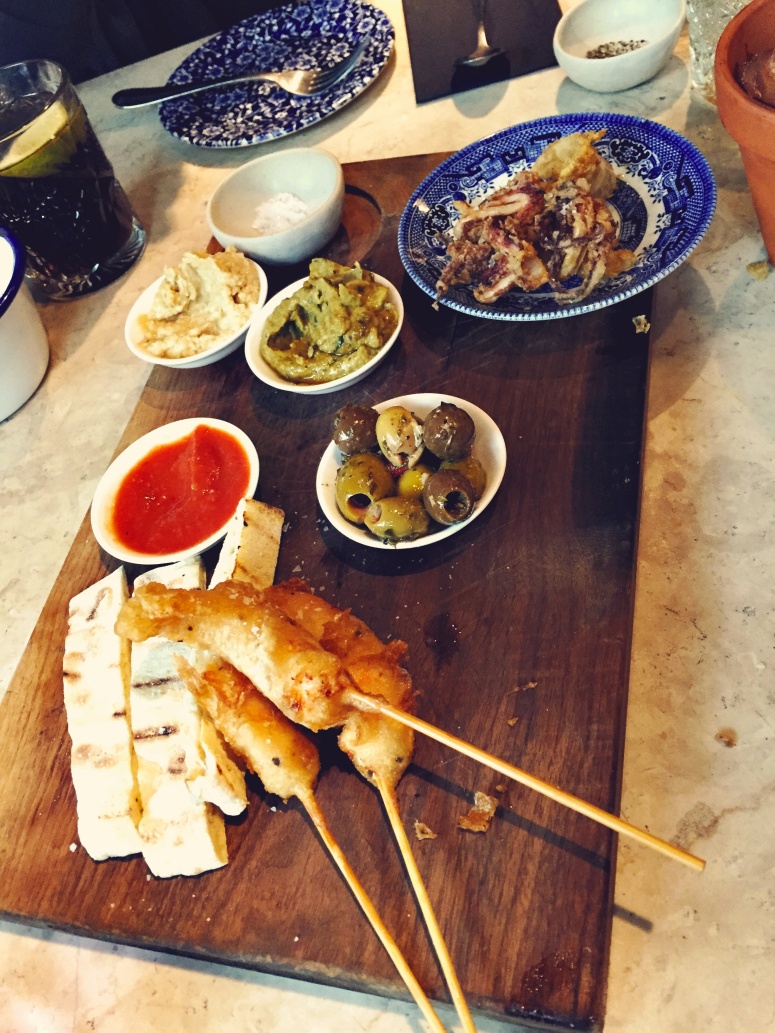 This was not as I had expected – in the worst sense:
Firstly, the food was barely lukewarm, which on a cold and grey afternoon is not something you expect.
Secondly, if you were to serve a particular dish in a skillet, I would expect it to have been hot…or more than barely lukewarm at least
And thirdly, the mussels were not that fresh. Given the amount of seafood I have consumed over my entire life, I am extrapolating that these mussels were probably of the frozen variety and had been prepared in advance, reheated with minimal effort and garnished to look presentable. It really is a shame because the sauce was in actuality quite tasty! Could have used a bit more spice for a kick but it was a good sauce nonetheless. 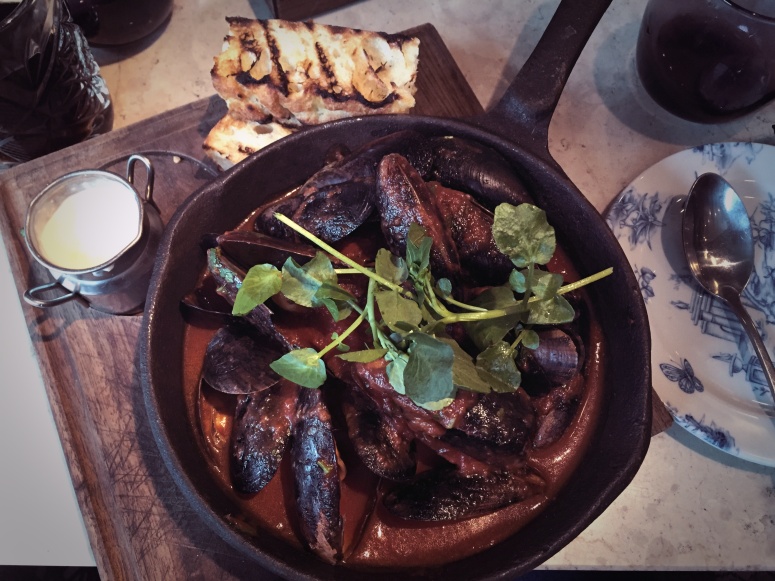